The last year and a half were pretty weird, to say the least. With the global health crisis that’s the COVID-19 pandemic, many things have changed. We’ve gone through isolation, mental health issues due to the fear of what can happen, and even personal loss. However, there was one thing that made our lives a tiny bit better — books.

Not everyone reads, and that’s okay. Some like to brag about being prolific book-eaters, while others evade this topic to not feel guilty. Nevertheless, books are as relevant as they ever were, and that makes them great as presents for various occasions. In the following text, we’ll list six award-winning titles that you can give to family, friends, and partners.

The first pick on our list is Toni Morrison’s 1987 book called Beloved. This fiction novel won Morrison her 1988 Pulitzer Prize, and it is still one of the most popular literary titles that deal with the 19th-century United States and slavery.

The plot of Beloved analyzes the devastating legacy of slavery, chronicling the life of an African American woman before and after the Civil War.

The main character is Sethe, and Morrison leads us through her slave life in Kentucky and subsequent trauma once the war ends. Even if free, Sethe lives as a prisoner to her memories of what it was like to live under oppression. And since we, unfortunately, still live in racist times, just slightly different from what they were in the 19th century, this novel seems like a great way to understand the struggle of African American society.

The Nickel Boys by Colson Whitehead 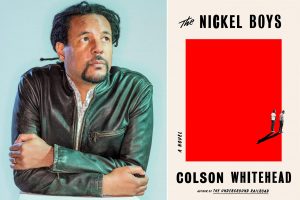 The second book on our list is The Nickel Boys by Colson Whitehead. This is a follow-up novel to his #1 New York Times bestseller — The Underground Railroad. Although not as recognized as some of his other works, The Nickel Boys is a fantastic book that tells the tale of two boys in reform school during the Jim Crow era in Florida.

The Nickel Academy that the boys attend is literal hell. There, they and other children experience physical and mental torture, sexual abuse, and many other hideous acts by their teachers. The main theme is the growing tension between the two boys’ different views on how to survive the circumstances they find themselves in.

Like the first entry here, Whitehead’s The Nickel Boys is a great insight into what repression and racial segregation mean. And due to the reality that we’re living in these days, not only in the United States, it can be pretty useful to any reader. Of course, it’s not an easy read due to its themes, but it can be a perfect gift nonetheless.

The Goldfinch by Donna Tartt

Yet another American author, Donna Tartt, is a Pulitzer Prize award winner for her 2013 novel — The Goldfinch. Born in Mississippi, Tartt finished Bennington College and is famous for also writing The Secret History and The Little Friend.

The Goldfinch is a coming-of-age book set in present-day America. It follows a young boy, Theo, who somehow survives an accident that kills his mother. And since his father isn’t around also, Theo goes into foster care. His only solace is a painting that reminds him of his mother, which later leads him into the world of art.

The narrative and energy of this book are simply phenomenal. With unforgettable characters, spellbinding language, and suspenseful drama, Donna Tratt leads us through the mysteries of life, love, and art. 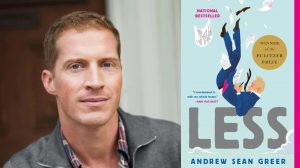 Published in 2017, Less by Andrew Sean Greer is a satirical novel with numerous comedic elements. Its American author won the Pulitzer Prize for this title in 2018 and is one of the most popular contemporary authors.

The book follows the tale of Arthur Less, an author as well, who is on a literary tour with only one idea on his mind. To numb the loss of a man he is in love with. Less explores many themes, including sexual identity, love, the passage of time, and even societal status.

Less is touching, funny, and witty, making it a perfect gift for anyone you care about. So, find it online or in a physical store, and place your purchase now. You won’t regret it. 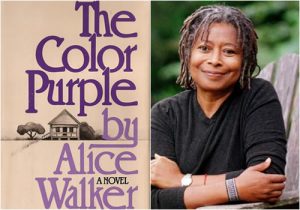 The Color Purple by Alice Walker

Aside from being a famous novelist, Alice Walker is a social activist too. Therefore, it’s no wonder what the themes of her 1982 novel The Color Purple are. Moreover, she won the Pulitzer Prize for this novel, making her yet another author on this list with this prestigious literary award.

The Color Purple is a novel about an African American girl, Celie, living in rural Georgia. We follow her ups and downs as she resists other people’s paralyzing concepts of her. This can be a thoughtful gift, as the novel is in the form of letters that Celie writes to God.

The Overstory by Richard Powers

The last book on our list is The Overstory, written by the American author Richard Powers. He is famous for his books that discuss the impact of science and technology on our everyday lives. Powers also won the Pulitzer Prize in 2019, making him perfect to finish off our list of award-winning authors and their novels.

The Overstory tells the story of five trees and their relationships with nine people that leads to them raising awareness about the global destruction of forests. Although it might not be for everyone, it sure is a book to consider when thinking about books as gifts and presents due to its interesting premise.